Archive for the tag “carolina/york”

Watching Carolina spar on any day could leave a man breathless, speechless, and probably a little brain dead from the blood rushing out of his head to other parts of his body. But watching Carolina spar against Wyoming sans armor. That’s something else entirely.
798 words | R

York stood to the side of the training room with North and Wash watching Carolina finish her match with Wyoming. And by finish, I mean wipe the floor with him. She hit him with a one-two punch then flipped back, taking out his chin with her foot as she went. Wyoming staggered but didn’t go down.

“Yeah,” York agreed. “She’s got really good-” His mind wandered as Carolina did some fancy spin move, catching Wyoming around the neck with her legs and flipping him over, landing on top of him.

Red vs Blue fic: Shut Up and Dance 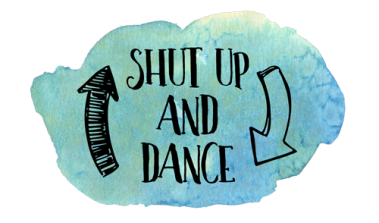 Carolina studied the invitation in her hands. It was clear plastic with holographic ink that shimmered when the light hit it just right.

Their next mission. Words spun in her head. Museum. Gala. Black tie. Ball. No armor. Dancing. She didn’t like any of them. Some less than others.

York caught up with her in the hall. “Hey, you were awfully quiet in there. Everything okay?”

He laughed. “I’ve never seen you zone out in a briefing before.”

She frowned at him. “I wasn’t zoning out. I was thinking.”

“Whatever you say, boss.” When she didn’t respond, he tapped her arm. “Come on—something’s on your mind. You can tell me.”

“This mission doesn’t-” She considered her words before finishing. “I don’t know, rub you the wrong way? Fancy gala. No armor. We’ll be vulnerable.”

“Oh, come on, Carolina, it’ll be fun. We get to dress up, and look, Mr. and Mrs. Edward Chamberlain.” He waggled his eyebrows—a goofy smile on his face. END_OF_DOCUMENT_TOKEN_TO_BE_REPLACED

1007 words | [PG-13]
Yet another mission shot to hell, but Carolina’s having a hard time staying mad at York. What with his flowers and awkward flirting.

She was going to kill him. And she knew a lot of ways to do it. Long and painful ones. He’d totally deserve it, too.

Carolina paced the alley, grumbling to herself. They had a timetable to keep. She’d calculated it down to the minute. She didn’t have time for a delay. For York to be late. They were supposed to be professionals. She checked the time on her HUD. If he wasn’t here in the next sixty seconds she was going on without him. It wouldn’t be as easy, but she could manage. And then they’d leave his ass here.

“Maybe it would teach him a lesson.”

“Teach who a lesson?”

She spun, ready to clobber him for making her wait, but then she noticed the flowers in his hand. That was new. “Where have you been?”