Archive for the tag “fundies”

In case you didn’t know, I’m an atheist. I’m a liberal. I’m just short of being a full blown socialist (I know it would never work in our greedy, self-centered society). So the topic I comment on was Atheist Billboards To Flood California City As Non-Believers Make Holiday Push.

You can see why the topic caught my attention. Mostly I was there to laugh at the antics in the comments but then I posted a few things and some guy got all pissy with me.

This is how it went down: 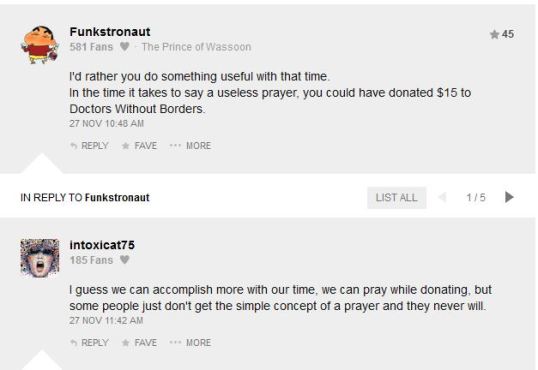 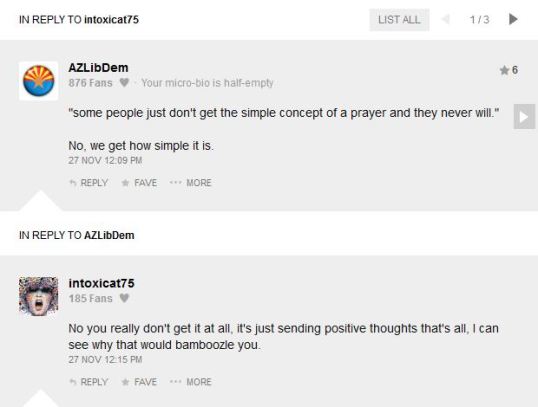 I didn’t start the exchange but I couldn’t resist the comment about praying not really helping. To the believers that read my blog: I apologize for offending but I’m not going to sugarcoat my beliefs. I’m just not usually vocal about them but this guy hit a nerve with his “holier than thou” attitude. Apparently I really pissed him off with my comments. I especially like the “you’re pathetic” comment. At least he spelled, “you’re,” correctly. I’ll give him points for that. But overall he comes off as a slathering idiot fanatic which is probably not what he was going for.

And I suppose I could be seen as immature for pushing the issue. But sometimes I just want to be a kid. Trust me, I don’t always antagonize the fundies.