Archive for the tag “help me out”

What’s the Point of a Pseudonym?

As a writer, I’ve considered what my name would look like on a book cover (come on, admit you do it, too). The fact of the matter is I share my name with a very big Hollywood actress, although I used the shortened version of our first name. A few months ago a discussion on Facebook got me thinking about whether I would want to use a different name. And after careful consideration, I think I actually do. So here’s the big reveal… the name I chose:

OMG! It’s amazing, it’s awesome, it’s… only one letter different than my real name. I know, I’m such a dork. Jean was my mother’s middle name and the more I thought about it, the more I liked it. A quick google search doesn’t bring up anyone significant which is cool.

That’s actually not the point of this blog. “Darn,” you say, “she always does that. Get to the point already.”

Earlier I was perusing the blogs of some authors I like. One mentioned she was releasing a new book she co-authored and it’s nothing like her other books, so she’s going to use a different name to publish it. Okay, fair enough. If I suddenly started writing erotica I sure wouldn’t want my real name on it. Then she said, she’d attach her real name to it at first (for the publicity, I assume) but eventually she’s going to phase herself out and just be the pseudonym.

I just don’t get that. What’s the point of writing something under a different name if you’re just going to put your real name on there anyway? I suppose if this was 1955, once the initial publicity wore off no one would remember who she really was when her real name was removed. But this is 2014 and we have the internet. A quick search and any book she wrote will be attached to her real name.

Jennifer L. Armentrout did this. When she started publishing more… um, racy, fiction. She used an alternate name: J. Lynn. 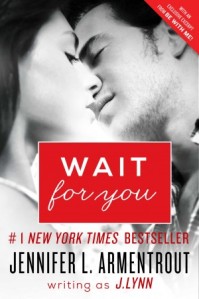 What’s the point of the alternate name if you’re going to use your New York Times bestselling name in big bold letters? Seriously? And that whole thing with JK Rowling?

I thought having a pseudonym (in these kind of circumstances, not just using a different name in general) was to keep your real identity hidden. But it seems today, it’s just some kind of advertising ploy. A branding thing?

I just don’t get it. Maybe someone can explain it to me.