Archive for the tag “monthly round-up”

Well, I managed to read three books at the beginning of the month before they expired from my digital library loans, but then I got overwhelmed with other things and forgot to read some more. Better than nothing, I guess. I’m 13 books behind schedule with three months to go. Eek. 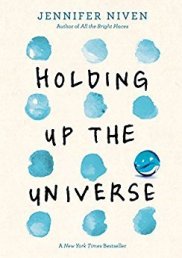 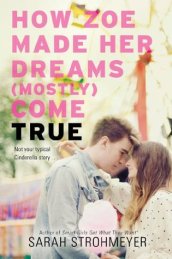 Another dismal month. Not including blog posts, I only wrote on four days. FOUR! And honestly, I don’t even know what I was doing with the rest of my time. Two of those stories were something new, though, so I guess that’s some kind of progress. Of course, I also didn’t finish either of those stories. *shaking my head*

Well, I did work a little on Heaven Can’t Wait which is probably the biggest win of the month. I did an editing pass of chapter 38 and started adding to chapter 39 which wasn’t finished. I had a breakthrough in what to do with that chapter so it still needs to be finished, but at least, I know what I’m doing with it now. It should go pretty quickly once I get back to work.

A bit of success this month, finally. Finished up five books and caught up on all my webcomics. Nice.

Well, my writing wasn’t great this month but better than last month for sure. I did good the first week or so–writing every day–but then I just gave up. Until the end of the month when I decided to combine writing with walking. I used writing to break up the walking so when I’d get to a park or something, I’d stop to write a day’s worth of sentences for Uncalled For Actions. It really helped get me caught up and made me want to walk more so I’d do more writing.

Of course, I’m paying for it now with swelled feet and bum knee, but whatever–I got some writing done. 3,370 for the month. 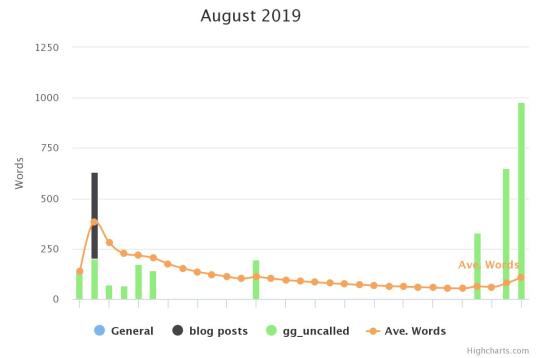 Managed to edit and post part 19 of Uncalled For. I didn’t realize I actually wrote enough to do the next chapter until last night which is now edited but not yet posted (because that takes forever to format for all of the sites I use).

Well, I’m caught up on all my webcomics so… That’s about the extent of the reading I did in July. 😦

Writing was a complete bust. I literally wrote on three days. It’s so bad, I don’t even know why I’m posting the graph. Those three days were blogs and nothing else for a grand total of 2,599 words for the month.  Whoopdie-doo.

Nothing and nothing. I didn’t even look at anything writing related. I suck.

Nothing again. July was a complete failure. I guess I can only hope August is better.

I was supposed to read, wasn’t I? Well, technically, I read a bunch of webcomics. That should count for something. And one I was way behind in so it was several long chapters to catch up. Took a couple of weeks. So, yeah, I’m counting it.

The webcomic is Unsounded by Ashley Cope. It’s about a crazy little girl with a tail and her undead friend going on adventures in a world filled with magic and wars and talking lizards. It’s way out there and has been going on for nine years so there was a lot to read.

So, this totally counts as reading.

I didn’t do much this month. It started out strong with finishing a chapter of Uncalled For, but then I fizzled out as life got in the way. Daughter had a baby and the cats got hurt/sick so I had to take on some crochet project for cash which took priority over writing. I’m almost done with those, and with Camp NaNo this month, I’m hoping to get some more writing done. Only 5,360 for the month. 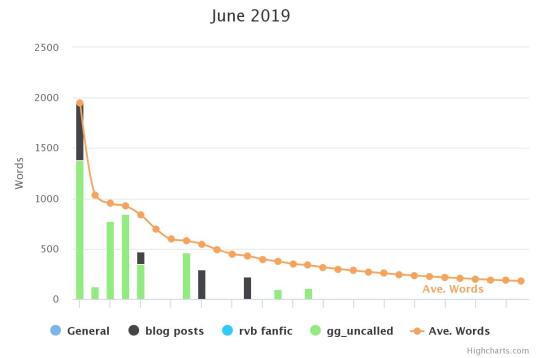 Actually edited something despite doing almost no other writing. Didn’t have to do much, but it was something. Also finished up a few chapters of Uncalled For and edited them. YAY!

I finished one full novel. I know, overwhelming. I just got busy making things for the baby (who should hopefully be here this weekend). I did also read several chapters of Unsounded (a webcomic) which is actually a lot. It’s taken me the better part of the last week or so to do that. That’s something. 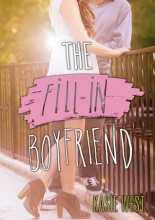 Nothing. Well, as close to nothing as possible. Besides the first two days where I wrote blog updates, I only wrote two other days for less than 100 words each day. Editing. Pathetic but not a total loss, I guess. I’m still embarrassed that I didn’t even try. A grand total of 1,014 words for the month!

Hey, I actually did some editing. That’s progress. But only two days and nothing came of it. I did work on Heaven Can’t Wait and Girl Genius story I wrote last year.

Nothing. I never got around to typing up all Uncalled For Actions I have written because of the numbness in my hands.

I finished one. But it was Camp NaNo so…

That’s my excuse, I’m sticking to it. 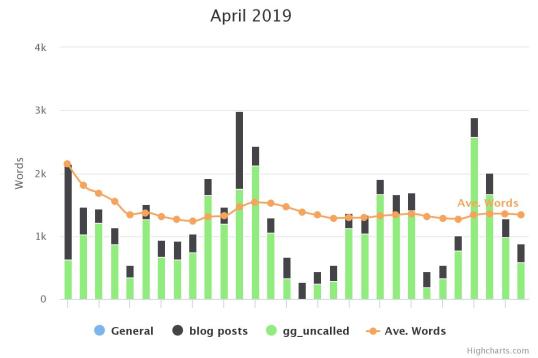 Because of all the sentences finished, I was able to edit seven chapters of the story.

I actually read a few books, mostly because I put them on hold through Overdrive and needed to return them eventually. But books are books, right? 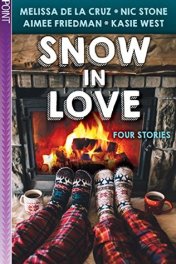 Well, numbers-wise, this month was a little better than last, but that’s only because of the last week. I wrote 6,453 since March 23 and didn’t even write every day. Suspiciously enough, I started taking a new med for ADHD right around that time. I haven’t been diagnosed with ADHD, but my bipolar is messing with my focus just the same. Maybe it’s working? I’m not questioning it since I’ve actually gotten something done. I’ll wait and see how April goes. 7,923 words for the month.

Hey, I actually did some of this. I edited a story I wrote for the First Kisses that Never Happened series of Girl Genius fanfics. I tried to edit another story from the series or some of the chapters of Heaven Can’t Wait that are written but couldn’t get myself to do it. Sigh. But one story is better than none, right?

Fate in a Bottle (Girl Genius)

Took me the entire month but finally finished the third Girl Genius novel (and heard the fourth is due out next year some time… YAY!)

The month has been bad for writing. My depression and fatigue got the better of me, and I pretty much gave up writing for most of the month. I’ve gotten horribly behind on everything. Just 6,544 wors for the month. 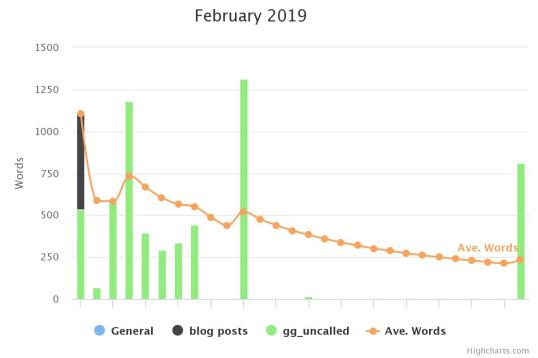 Um… Is this a thing? You’re telling me I’m supposed to actually finish stories? And then edit them, too?

One book! Hey, it’s something..

I’ve been working on my project of adding sentences to a story every day, and it’s going well. It just means my wordcounts aren’t very high this month. But it’s a process, and I’m enjoying it. I’ve managed to get my minimum sentences done every day except two, although even on those days, I got some sentences.

I did get something done this month. Wrote, finished and edited one random story that popped into my head one night. And finished one of the Girl Genius kiss fics. YAY!

Finished one book and started another. YAY!

December was pathetic. I clocked two days of writing for a grand total of 453 words for the month, bringing the YTD total to 231,961. Just awful. I  include the graph just to show to sadness.

In my defense, I’ve been suffering from some health issues including severe chronic fatigue and frequent headaches. It’s a minor miracle if I can make it through a day without a nap. I think I needed a break, too. 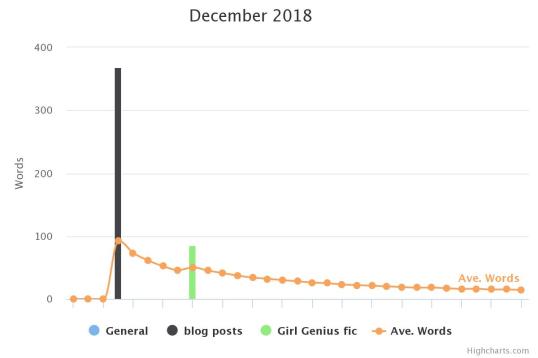 Nothing, nothing and more nothing. I didn’t even look at any of my unfinished fics.