Archive for the tag “sisters” 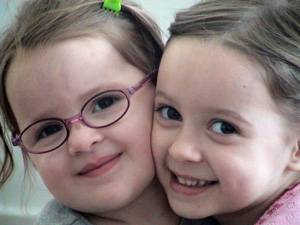 They were so adorable and loved each other. What happened?

Here’s one I did earlier this year of my husband and his older sister.  We don’t get to see his family much because they live in Missouri and we live in Chicago.  It’s an 8 hour trip to their house because there are no major highways that go that way (just little 2 lane black tops).

The day before Easter this year we met them half way in Burlington, IA, where my father-in-law grew up.  This became a tradition years ago.  We always eat at the Ryan’s buffet place and then go over to the cemetery where the family is buried.

This was the first time we had seen the family since last July.  In July we spent 2 days in Missouri visiting them and we got to see my husband’s Uncle Leon for the last time (his mom’s older brother).  He died a few days after we left and we couldn’t afford to go back for the funeral.

This past March we only got to spend a few hours with my mother-in-law, 2 sisters-in-law and one nephew. 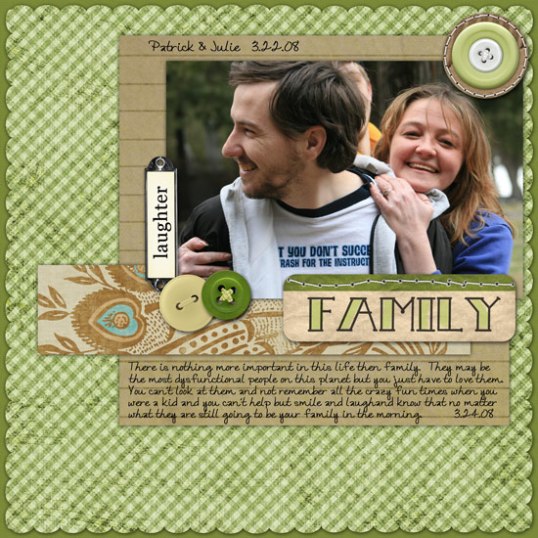 I took a bunch of pictures using my zoom lens while we were at the cemetery.  It was great because no one really realized I was taking pictures so they were much more natural.  I just loved this picture of my husband and his sister goofing off.  He hates to admit how much he loves his sister and how they are such good friends (despite the fact that they fight constantly–she is 4 years older then him).

This is actually my own design, too, which I’m proud of.  It wasn’t long after creating this that I decided I would do mostly scraplifts and sketch challenges to make things easier for me.

I did this one earlier this year.  It marks a change in my scrapping strategy as it is a scraplift.  Before this I was reluctant to do lifts because I felt it was cheating, but I realized I was getting nothing done by only using my own creativity.  The picture was taken at our family reunion in 1985.  That’s my mom on the right and her two younger sister (she also has/had 4 older sister and 4 older brothers).  Reunions were a riot when I was a kid and 1985 was one of the best ones. 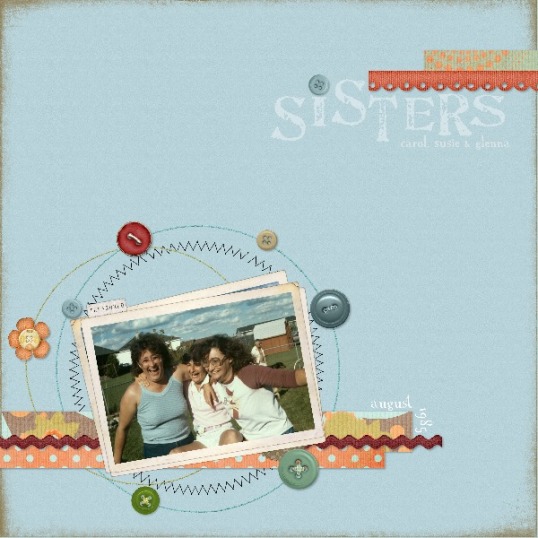